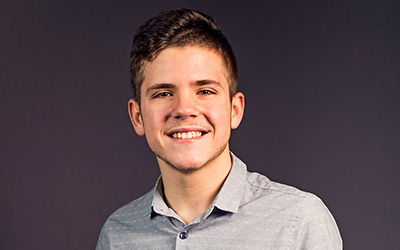 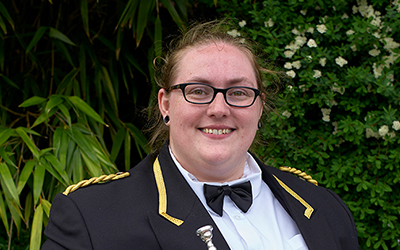 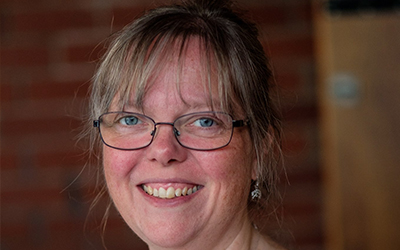 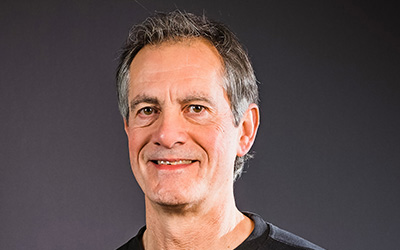 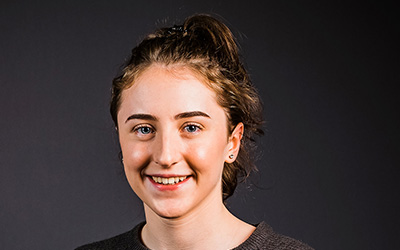 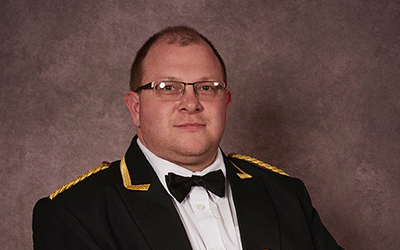 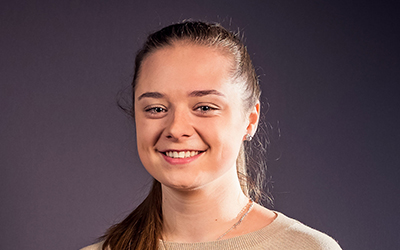 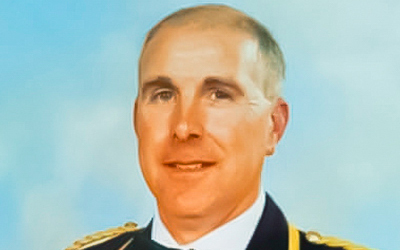 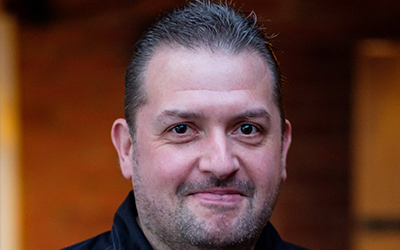 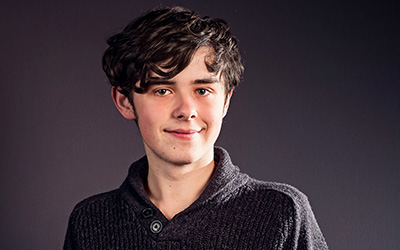 I started playing at the age of 9, first on cornet before then moving onto flugelhorn, and ultimately back to cornet. The first band I played for back in 2013 was the Boarshurst Training Band, whose Musical Director was Linda Finan. After 2 years with the Training Band, I moved up to Boarshurst Silver Band on 2nd cornet, where after 2 years, I was promoted a front row seat.

I have been influenced by brass band music since I was little, which made me love the march ORB and the test piece Journey to Freedom.

The reason why brass bands have had such a big influence on me is because I have so many family members who have either played in a brass band or at Boarshurst Silver Band. My grandad (Geoff), dad (Steven Ashley), mother (Linda Finan), sisters (Leanne Ashley, Vicky Ashley and Emma Ashley), cousin (Lauren Armitage), and uncle (Phil Hurst) have all played at Boarshurst Band. My uncle, Steven Armitage, has helped Boarshurst out on many different occasions, he plays Bb Bass. As I am one of the youngest in the band, I try my best (outside of the band room) to keep the whole band young! 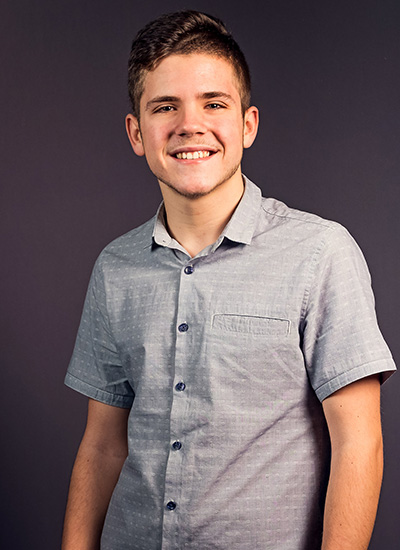 I started playing the cornet at school when I was 6 years old, and after a few months I joined Dobcross Youth Band. I started in the training band, worked my way through the intermediate band, and at the age of 16 was appointed Principal Cornet of the Youth Band. In 2004, I also began teaching the beginners group and training band as part of my Duke of Edinburgh volunteer experience, which continued until I left the band in 2010 to head to Bangor University.

During my time at Bangor, I enjoyed playing the flugelhorn with the university brass band, which was newly formed and originally only had 14 members, and a Bavarian band called Oompah-fessional Brass. Between the two, I made lots of musical memories, including competing at UniBrass and playing an Oompah gig in a packed beer garden in November (we were all freezing, but the atmosphere was amazing)!

After leaving University, I headed back home to Delph, and quickly joined Uppermill Brass Band as Principal Cornet. During my time with Uppermill, I met my now wife, and left the band to move with her to Harrogate, North Yorkshire. Here I joined The Harrogate Band, where I stayed for 4 years. I started on Repriano Cornet, followed by 2nd Solo Cornet, and for my final year and a half I played Principal Cornet. Highlights with Harrogate included Durham Miners Gala; winning the 1st section area and being promoted to the Championship section; and having the band play on our wedding day, including a flash mob to surprise my wife that I planned and joined in with!

A move closer to Saddleworth has meant I could join a band where my love of banding started, and I am very much looking forward to working hard with Boarshurst.

I have many favourite pieces or brass music, but a top three would be The Spirit Within by Ben Hollins (a beautiful and emotive piece, which I walked down the aisle to), The Dark Side of The Moon by Paul Lovatt-Cooper (a clever piece with lots of contrast – it was also my first test piece played as Principal Cornet of Dobcross Youth Band), and Death or Glory by Robert Browne Hall (a march I associate with my favourite day of the year, Whit Friday). 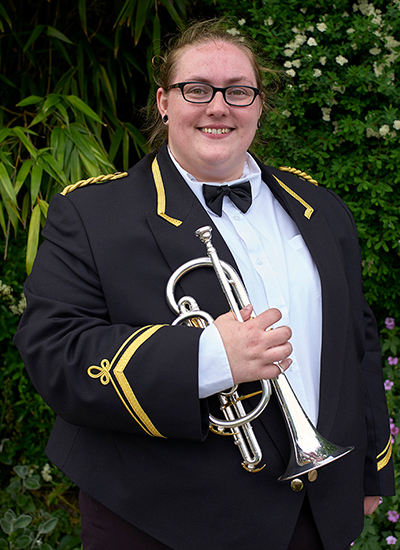 I started playing baritone at my school youth band when I was 11. The first brass band I played for was Kingsway Youth Band, and after just 4 years, I passed my audition for the National Youth Brass Band of Great Britain (NYBBGB), where I played for 3 years.

I have played for several bands over the years, some for brief periods and some which I have returned to a couple of times. These include Milnrow Band, Stalybridge Old Band, Rochdale Wilsons, BT Band, Todmorden Old Band, Dobcross Silver Band, Wardle Anderson, Littleborough and now Boarshurst. I was intending to have a break for a while after Littleborough, but after helping Boarshurst out on a concert I was so impressed with the standard of playing and camaraderie that I couldn't resist when I was offered a place in the band!

My family is very musical - I met my husband Stephen at Todmorden Old Band 20 years ago where he played Bb bass. He doesn't play any more as his time is taken up running Sounds Travel Ltd. My daughter Megan plays cornet and flugel. She started 7 years ago and as well as playing in several very successful bands at Wardle Academy, she is already a member of Boarshurst having recently joined on 3rd cornet. My 7-year-old son James doesn't play yet, but there's time!

Some of the highlights of my playing career have been playing with the NYBBGB - I was privileged to play at the Royal Albert Hall and Barbican Centre one summer term, and I will never forget playing a joint concert with Todmorden Old Band and the Hallé Orchestra at The Bridgewater Hall in Manchester. I am very much looking forward to my future with Boarshurst Silver Band. 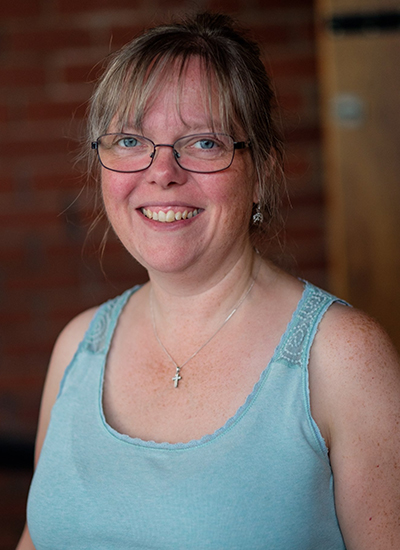 I started playing a brass instrument at the age of 11 at Blue Coat Secondary School, initially starting on the tenor horn and trombone. I moved on from here and eventually joined Boarshurst Silver Band in 1974 on tenor horn, then eventually moving onto cornet in 1985.

As you can imagine I’ve played many different pieces, may it be through my school band or through Boarshurst. However, when talking about test pieces I would say my favourite one would be Journey Into Freedom.

In my past I’ve also played with Brighouse & Rastrick (all be it for a few months) making two CD recordings with them, as well as playing in a few concerts. 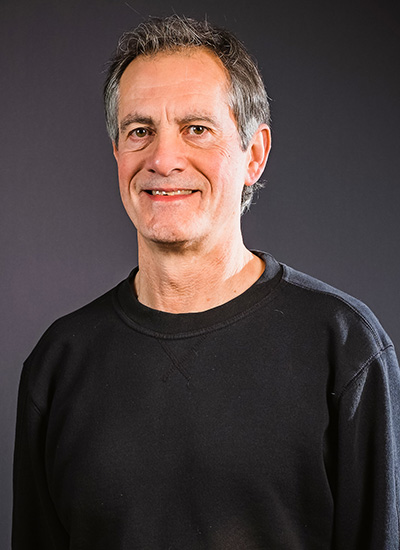 I started playing the cornet when I was 8, initially through Oldham Music Service where I soon joined the Dobcross Youth Band. After almost 4 years there, I moved to Lees Band and then to Oldham Band (Lees) before joining Boarshurst’s front row in late 2014.

Growing up in Saddleworth, and watching and participating in Whit Friday, I have always enjoyed playing and listening to brass marches. My favourite piece is Howard Snell’s arrangement of Respighi’s Pines of Rome, a piece which I am lucky enough to have performed at the Royal Albert Hall. 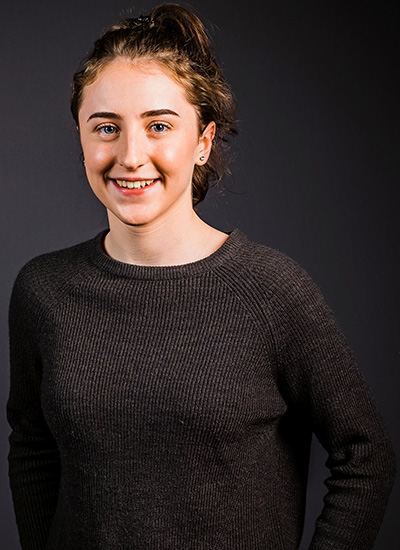 I started playing the cornet at the tender age of 6 in Greenfield Youth Band where I then moved up to 2nd cornet in the senior band. A few years later, I progressed right up to the principal cornet seat under the guidance of Craig Lees who gracefully moved down to bumper up. Following a few good years there, I moved onto Dobcross Silver Band before having a brief spell at Stalybridge and Marple bands. I then had a break from playing for a few years whilst I lived in Scotland before moving back to Oldham and joining Diggle Band, where I met my now wife Zoe (who is an annoyingly good player).

I returned to Greenfield for a short period and even helped Delph Band on horn before joining Boarshurst Silver Band in 2016. Playing at Boarshurst feels like it was always meant to be as my dad played principal cornet for the B band which was when I was taken to my first contest in Blackpool when I was 2 weeks old; my wife even played with Boarshurst’s youth band as well. Pictures of them both sporting big sideburns and long white socks can be found in the members’ room at the band club.

Having played many a march and test piece, the ones that stick out (mainly because there are few that I can actually play) are Paganini Variations and Ravenswood. I have and continue to give some memorable performances at the band much to the dismay of James and amusement of the rest of the band. 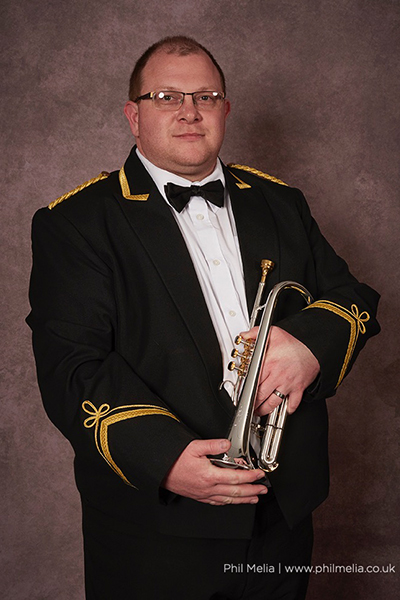 I have been surrounded by people who played in bands in my family: my grandma played French horn whilst my grandad played trombone and guitar. Then there’s my dad who plays trombone and my brother who plays Eb bass. (My brother and dad also play for Boarshurst.) 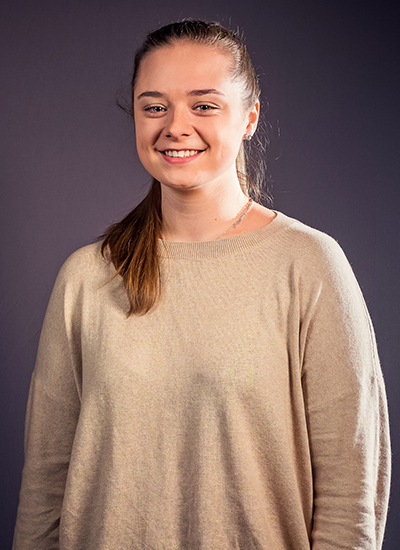 I started playing cornet at 8 years old and joined Holme Silver at the ripe old age of 13 before settling on Soprano at 18.

I moved on to Meltham, Delph and Old Silkstone, playing Soprano for over thirty years, before signing for Hepworth and Unite the Union on the back row. My Soprano came out of retirement as i joined Prospect Brass - Skelmanthorpe and Diggle.

I'm looking forward to the move into the Championship Section next year which will proivide a whole heap of new experiences and challanges. 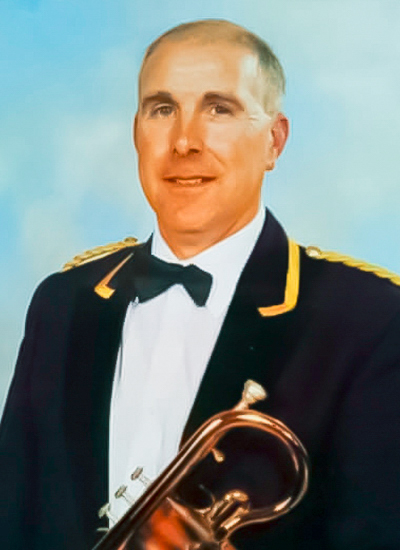 I started playing the cornet at the tender old age of 6. Ever since then I’ve moved from pillar to post playing various other instruments around the bandstand, all except the trombone… Yes, this also includes percussion.

I’ve played for various band throughout my time as a player; these include, Boarshurst B Band, Greenfield, Rochdale, Sellers, Ashton, Wingates, Oldham ‘97, East Yorkshire Brass, Boarshurst, BT, Marsden. I’ve made a return to Boarshurst Silver Band just this year (2018) after my final contest with Marsden Silver Band at the Spring Festival. 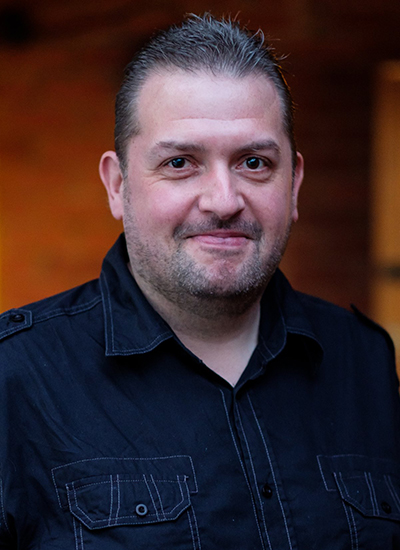 I've been playing in brass bands for 10 years, first starting off on cornet and changing onto tenor horn in 2016. I originally started off in Boarshurst Youth Band and moved to Dobcross Youth Band a few years later. In 2016, I moved back to Boarshurst and joined the Silver Band at the age of 18.

I enjoy a multitude of different brass band arrangements but particularly like the test piece “A Saddleworth Festival Overture” arranged by Goff Richards and the march “Mephistopheles” by Shipley Douglas.

I first started playing as it's a tradition of the family. My grandad used to play euphonium for a number of different bands around Saddleworth, and I wanted to follow in his footsteps of being a bandsman. 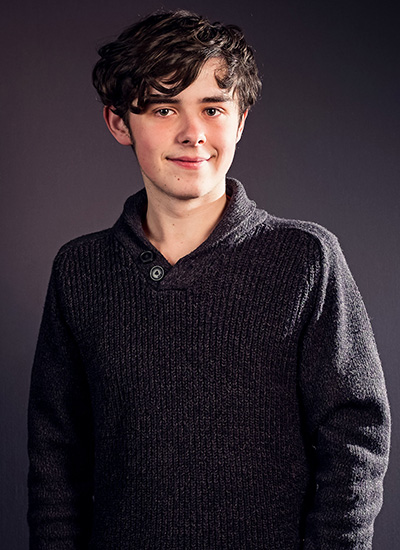